In this video, expert Prof. Evan Yu shares an update on the evolved treatment landscape for metastatic castration-sensitive prostate cancer. He discusses traditional therapy agents and the emergence of triplet therapy, reviews several key trials, and gives his perspective on using the latest trial data to select appropriate treatments. 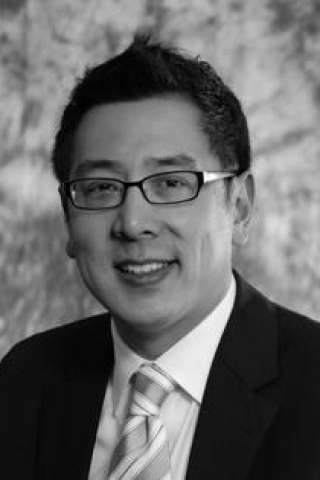 Evan Y. Yu, M.D., is a medical oncologist specializing in prostate, bladder, and testicular cancer treatment and research.  He graduated Alpha Omega Alpha from the University of Washington School of Medicine. He completed internal medicine residency at the Brigham and Women’s Hospital and oncology fellowship and post-doctoral training at the Dana-Farber Cancer Institute. He returned to Seattle at the end of 2004 to join the faculty at the University of Washington and Fred Hutchinson Cancer Research Center. Dr. Yu is a Full Professor of Medicine and Oncology, the Clinical Research Director for GU malignancies, Core Director for the Pacific Northwest Prostate Cancer SPORE and co-PI of the DoD Prostate Cancer Clinical Trials Consortium for his institution. His research focuses on testing the next wave of novel molecular targeted therapies and immunotherapy techniques, with a complementary focus on imaging biomarkers. In addition to an active clinical and research practice, he also is the Medical Director for Clinical Research Services at the Fred Hutchinson Cancer Consortium. Previously, he served as a Hematology/Oncology Fellowship Program Director for a decade at the Fred Hutchinson Cancer Research Center. He has regularly been voted a “Top Doctor” by Castle Connolly, U.S. News and World Report, Seattle magazine, and Seattle Met magazine. He has served for many years on the National Cancer Institute Genitourinary Cancers Steering Committee and is the Co-Chair for the National Cancer Institute Prostate Cancer Task Force. Dr. Yu remains active in SWOG, the Cancer Immunotherapy Trials Network and he also serves as a senior editor for Clinical Cancer Research and Uro-Today.

Hello, my name's Evan Yu, I'm a professor of Medicine and Oncology at the University of Washington and Fred Hutchinson Cancer Center in Seattle. Today I'll be talking to you about early treatment intensification for metastatic castration-sensitive prostate cancer, optimising patient selection and treatment.

Let's rewind the clock and recognise that patients with metastatic prostate cancer, that the hallmark of treatment is androgen deprivation therapy. However, as recently as about seven years ago, we started recognising that treatment intensification with agents like docetaxel, with novel hormonal therapy agents, that these lead to dramatic survival benefit. With docetaxel, that benefit may be amplified in those patients that have high-volume disease and with novel hormonal therapy agents there are regulatory approvals for abiraterone, enzalutamide and apalutamide already.

The newest data, however, is looking at triple combination therapy, and the first study in that situation was the ENZAMET study. This looked at patients with androgen deprivation therapy, plus or minus enzalutamide, and they allowed docetaxel as dealer's choice. What ended up happening is about 40% of patients had docetaxel added. And what we saw is significant survival benefit with enzalutamide, which we've seen in other studies. The interesting part of the study was the patient population, about 40% that received androgen deprivation therapy and docetaxel plus minus enzalutamide. And unfortunately, there was not a survival benefit from that population. That being said and done, this was a dealer's choice study, so there may be selection bias at play there in that cohort of the ENZAMET study.

The next study that we saw recently was the PEACE-1 study design, which really had four different arms, meant to ask two different questions. For patients with de novo, so synchronous metastatic disease on presentation, for these patients, is there benefit to adding abiraterone which we saw in the STAMPEDE study and saw in LATITUDE. And also, is there a survival benefit to radiation in the prostate, which that has yet to read out? Of course, we saw survival benefit with abiraterone, but what was most interesting were the patient populations that had abiraterone, androgen deprivation, therapy and docetaxel. So there was a large number of patients who received that triple combination, and compared to just androgen deprivation therapy and docetaxel, there was a significant survival benefit there. So again, some significant data there supporting the concept of triple combination therapy.

Next, we saw the ARASENS study, which is the most recent study. This study did not mandate that patients had de novo metastases, but 86% of the patients did have de novo metastases in the study. So it ended up being a rather aggressive population or cohort of patients. They were randomised, everyone to androgen deprivation therapy and docetaxel versus androgen deprivation therapy, docetaxel and darolutamide. And what we saw in this study was a very dramatic survival benefit, very statistically significant, and keep in mind the 14% of patients that were recurrent disease, that were not de novo presentation. The hazard ratio was still 0.61 because it was a smaller subset of patients, we see a wider confidence interval on the top end did barely cross 1, it was 1.05. But again, that's very provocative data, is yet unanswered whether these patients would receive benefit, but the key eligibility in this study was just fit for docetaxel. But that's why what we're seeing is, fit for docetaxel. But most of the patients were selected out to have rather aggressive features, that's why 86% of the patients had de novo disease. As far as adverse events, mostly docetaxel side effects, not a lot of additional adverse events with darolutamide other than hypertension and rash.

And so I would take in summary, the key take-home point is that patients with metastatic hormone-sensitive prostate cancer, metastatic castration-sensitive prostate cancer, they deserve some sort of treatment intensification, whether it's just a novel hormonal therapy agent or whether it's triple combination therapy. Those with more aggressive features, certainly those with de novo metastases in high-volume disease, I would give them androgen deprivation therapy and docetaxel with either abiraterone or darolutamide. In regards to selection of novel hormonal therapy agents, really look at patient comorbidities, different side effects of the different novel hormonal therapy agents and drug-drug interactions should be considered. The two patient populations I want to see post hoc information on are for those patients that have recurrent disease that is now high-volume and for that patient population that has de novo disease that is low volume, and I'd love to see more data on that.

So on behalf of GU CONNECT, I'd like to wrap up. Thank you very much for your attention. Please refer to the website if you'd like to download slides with more information and details. Have a great day.

How to use combination, sequential and immuno-oncology therapies ... 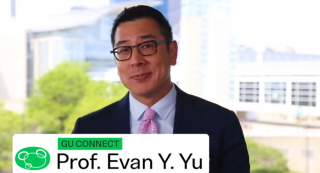 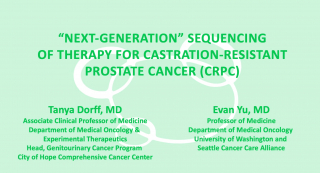 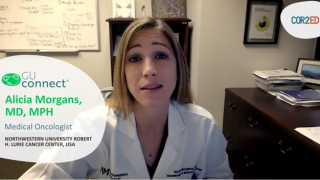