In this key clinical topic presentation, Prof. Sammy Saab shares insights on the differing benefits of immunotherapy in HCC patients with NASH/NAFLD risk factors. Through his video discussion and slide set, you'll learn about treatment sequencing and real-world outcomes in this special patient population.

In this key clinical topic presentation, Prof. Sammy Saab shares insights on the differing benefits of immunotherapy in HCC patients with NASH/NAFLD risk factors. Through his video discussion and slide set, you'll learn about treatment sequencing and real-world outcomes in this special patient population. 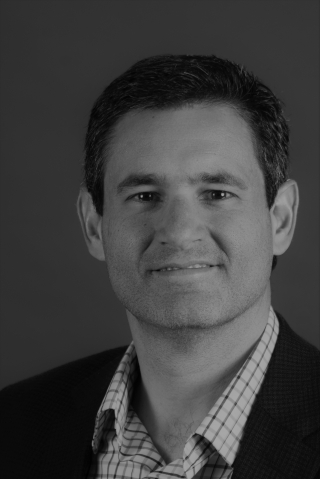 Hello everybody. My name is Sammy Saab, I'm a hepatologist at UCLA. And on behalf of HCC CONNECT, I'll be talking about response to immunotherapy in hepatocellular carcinoma, focusing on real world experience and the treatment sequencing in a very important population: those patients with NASH/NAFLD. We're going to cover three very important aims during this conversation:

We're going to review the emerging role of fatty liver as a cause of chronic liver disease and hepatocellular carcinoma.

Secondly, we’re going to understand the role of immunotherapy, the treatment of hepatocellular carcinoma, and its potential limitations to efficacy in varied patient populations.

And lastly, equally important, be familiar with sequential therapy for hepatocellular carcinoma.

So, NASH and fatty liver are public health concerns. You know, across the globe we see a prevalence to be 1 out of 4 people. But what’s particularly disturbing is that prevalence varies according to risk factor. You know across the globe we've seen higher rates of diabetes and hypertension, hyperglycaemia, and obesity, and these are driving the risk of fatty liver. In some groups, for instance, the rate of fatty liver can be as high as 1 out of 2 people, particularly people with type 2 diabetes.

Indeed, across the globe and particularly in the United States, hepatocellular carcinoma with the risk factor of fatty liver appears to be increasing significantly. Please bear in mind that liver cancer does not occur in a vacuum. Liver cancer occurs in a setting of “dirty soil,” whether it be hepatitis B, hepatitis C or alcohol, or fatty liver. And if you look at people waiting for liver transplantation here in the United States, the most common underlying risk factor for liver disease is fatty liver. This is fueling, fueling the rates of liver cancer.

Now, the approach, the exact treatment decision to deal with liver cancer is best left to a multidisciplinary team. And depending on your institution, this may include one of many interventional radiologists, hepatologists, oncologists, diagnostic radiologists, hepatobiliary and transplant surgeons, and members of palliative care and radiation oncology, and pathologists. So, it takes a team approach because there are a number of options for people who have tumours that are unresectable.

Now, two years ago, Richard Finn and his colleagues published in the New England Journal of Medicine the results of using immunotherapy in combination as first line therapy for liver cancer. They looked at 500 patients and they found a significant improvement of overall survival with atezo and beva over sorafenib. The median progression free survival is 6.8 months with this combination therapy, versus 4.3 with sorafenib. But others have highlighted that the devil's in the details.

This is a very nice paper published in 2021 in Nature, and it highlights that not all patients derive the same benefits from immunotherapy, in those have advanced hepatocellular carcinoma. Pfister and his colleagues performed a meta-analysis of three large randomized, controlled, Phase 3 trials: the immunotherapies in patients with advanced liver cancer. These are called CheckMate459, IMbrave150 and KEYNOTE-240. And they found that overall indeed, indeed immunotherapy improves survival significantly with a hazard ratio of 0.77. And when they looked at subgroups, they found indeed that with viral hepatitis, people did quite well. Their survival was improved over, over the competitor, over the placebo or the control arm. But they found that survival may not be superior to control arm in patients with non-viral liver cancer.

Pfister highlights the meta-analysis of over 1,600 patients and indeed of the overall survival with immunotherapies improve. But when Pfister and their colleagues tried to find data to non-viral and viral, you see a very important finding. Indeed, as I mentioned earlier, viral cause of liver cancer has a significant improvement but non-viral, non-viral the hazard ratio was similar - was close to 1. Highlighting that they may not have the same benefits.On a separate meta-analysis where he further stratified the viral causes, and he teased out hepatitis C, hepatitis B, cause of unknown liver disease associated with liver cancer, and he found that for those two entities; those two entities survival was indeed better with immunotherapy in the control arm, but not for the non-viral liver cancer aetiologies.

So, at ASCO GI, we heard from two different authors looking at their own real-world data of response to immunotherapy in patients with liver cancer. One study from UCSD; one from Mount Sinai. And what they have in common is that both confirm, using real-world data experiences, the observation by Pfister and his colleagues that patients with NASH cirrhosis do less well than patients with viral causes of liver diseases.

As you remember the mechanisms of action of checkpoint inhibitors, these work by “turning on the light switch.” Liver cancer cells inhibit the action of CD4+ and CD8+ T cells, and by using checkpoint inhibitors, we turn on the light switch to activate these T cells. Unfortunately, there has been a plethora of data highlighting that in patients' fatty liver the tumour immune surveillance is impaired, and the CD8+ cells do not work as well. So this provides some biologic possibility of why the response differs in a patient with fatty liver versus other causes of (fatty liver) disease.

In terms of overall survival, this is a very nice study highlighting that sorafenib treatment improved overall survival in patients with NAFLD- or NASH-related hepatocellular carcinoma in comparison to patients with viral and alcohol-caused liver disease when used at first line therapy. You see here that the P-value was 0.002.

In a separate study published in 2021, we saw the overall survival with levantinib to be greater in patients with NASH cirrhosis and hepatocellular carcinoma than in patients with non-NASH HCC. Progression free survival was similar between the two groups.

And in this very nice study by Singh et al. published in Future Oncology highlighted that also the real-world effect of the levantinib for hepatocellular carcinoma patients with NASH were similar to the overall cohort of 397 patients.

Now the National Comprehensive Cancer Center proposed sequence of treatment of liver cancer starts off with preferred regiment of atezo and beva for people with Child-Pugh Class A cirrhosis. But they also highlight that we have other first-line therapies: sorafenib and levantinib. But they also recommend that if there's progression - which we all know that people with liver cancer are going to experience progression at some point or another - we have a number of other options.

So, in this very nice paper by Pinter published last year is a proposed treatment algorithm for special populations. And basically what I want to focus is there are certain populations that you cannot use immune therapy, like those who have had a solid organ transplant for risk of precipitating rejection, and patients who have pre-existing autoimmune diseases that are not being well-controlled, or inflammatory bowel disease as well.

Another population that needs more study are the patients with NAFLD and NASH. So, right now still atezo and beva are considered first-line therapy. But we have to be prepared because therapy, as you saw earlier, is not as effective in this population as compared to other populations with viral hepatitis as an aetiology of liver disease. And be prepared for that sequence of therapy. And if you decide to use immunotherapy as first line, be prepared for the sequence of therapy. Be prepared to switch them in a short period of time because they tend to see better results than immunotherapy.

Well, thank you for your attention. Please feel free to download the slides. And on behalf of HCC CONNECT, have a nice day and again, thank you for participating.

HCC CONNECT is an initiative of COR2ED, supported by an Independent Educational Grant from Bayer and from Eisai Europe Limited.

Appropriate selection of patients for combination immunotherapy i...

Is there a difference in liver cancer rates in patients who recei...

Advances in risk factors for HCC

HCC CONNECT has summarised the highlights from AASLD 2018 #1