Highlights In Sarcoma during 2021

Highlights In Sarcoma during 2021

Prof. Robert Maki provides an update on recent sarcoma clinical research discussing a number of topics, including neo adjuvant chemotherapy for extremity sarcomas, the use of immune checkpoint inhibitors, treatment of retro peritoneal sarcomas, and some late breaking abstracts from ESMO 2021. 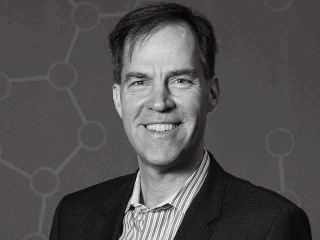 Dr. Maki is a medical oncologist who has focused for over 20 years to understand tumors arising from connective tissues, which include sarcomas and other aggressive tumors that do not metastasize, such as desmoid tumors. These tumors represent less than 1% of all cancers that happen in adults. I work with patients with these diagnoses to find the right treatment for the 70 or more types of bone and soft tissue sarcomas and other soft tissue tumors. As part of this work, I also reserach new medications for cancer in general, a field called developmental therapeutics. In my research, I seek to find new medications that may be useful for sarcoma patients, and try to figure out why they work or not. I work closely with colleagues at Penn Medicine, the Children's Hospital of Philadelphia, and with other national and international teams of researchers such as SARC, the Sarcoma Alliance for Research through Collaboration, to improve the understanding and treatment of sarcomas.

Hello I’m Robert Maki, MD, PhD. I work at the University of Pennsylvania Perelman School of Medicine and the Abramson Cancer Center here in Philadelphia, Pennsylvania.

I’m here to present some highlights on research in sarcoma that have come up over the past couple of years with a focus on some late breaking abstracts as well.

We’ll try and focus both on management of primary sarcomas as well as metastatic disease overall.

In this first section we’ll talk about the background as pertains to sarcoma management.

Now sarcoma management really is a team effort that requires surgeons, radiation therapists, medical oncologists, paediatric oncologists and others as part of that team.

When we give chemotherapy we give it in two situations, it’s either with curative intent in which sits either adjuvant or neoadjuvant chemotherapy or palliative intent. That’s probably the most important decision that we can make, at least as medical oncologists, in terms of the use of chemotherapy.

We’ll jump right into extremities, soft tissue sarcoma is an example of that, of course, we all know that these diagnoses are very heterogeneous, to be sure.

There are situations where we always give adjuvant chemotherapy and that would be in high-risk GIST. As well as sarcomas more common in paediatric populations: Ewing sarcoma, rhabdomyolysis sarcoma and osteosarcoma.

However, the use of adjuvant or neoadjuvant chemotherapy in regular extremity sarcomas that occur in adults, those data are much less clear.

That said, retro peritoneal sarcomas, that’s really a surgical disease and almost never do we offer adjuvant or neoadjuvant chemotherapy.

So, what’s the answer? Do we give chemotherapy or not?

One of the best studies done recently is that led by Alex Gronchi and his colleagues, we looked at tailored chemotherapy versus standard epirubicin/ifosfamide chemotherapy for three cycles prior to surgery and radiation.

This was a fantastic study enrolling over 250 patients and it showed that there was improvement for the standard therapy compared to the tailored therapy and the people who benefited the most were those who had the highest risk tumours, those where the risk of dying of their cancer is 40% or more, their survival was 60% or less.

So the take home messages from this particular trial, an important one, is that there’s no placebo control in that study everybody got chemotherapy.

So standard chemotherapy – epirubicin/ifosfamide was better than the tailored therapy, which to me, is a very important point.

There are some flaws, with the study as well, potentially, do you want to use epirubicin or doxorubicin? Does that really matter as your choice of anthracycline?

It’s also notable that it’s hard to give ifosfamide above age 60, so perhaps the people you’re going to most strongly consider for a neoadjuvant chemotherapy are those who are under 60 years with a sensitive subtype and have a lower than 60% expected survival.

In this next section we’ll talk a little bit about retroperitoneal sarcomas.

These are complex tumours that oftentimes occupy a large volume of the abdomen especially well differentiated and dedifferentiated liposarcomas. And our surgeons and perhaps radiation oncologists are involved in the treatment of these complex cancers.

The most important study that’s been published recently has taken a look at radiation when it’s given prior to surgery or not. And this study involved both patients with liposarcoma and leiomyosarcoma and it showed that there was no evidence of overall survival advantage to giving radiation prior to surgery to such patients. If anything, there may have been a slight benefit for controlling the tumour with liposarcomas, but this was not shown to be statistically significant.

So the take home message from this important trial is that there was no difference in survival and giving radiation beforehand, since it makes surgery more complex to cut the radiated tissues, the standard of care remains surgery as primary care for retroperitoneal sarcomas be they well differentiated and dedifferentiated liposarcomas or leiomyosarcomas.

In this next section, we’ll briefly mentioned immunotherapies and some kinase targeted therapies for sarcoma.

Where does immunotherapy fit into this panel of typical cytotoxic agents and poziotinib that we typically use in patients with metastatic sarcoma?

We do know that specific subtypes of sarcoma can respond to either individual PD-1 inhibitors or PD-1 plus CTLA-4 inhibition.

The first study of these being this SARC 28 trial, which showed particular activity of undifferentiated pleomorphic sarcoma. Because of studies like this, databases have now been assembled in which we can now look for hot versus cold versions of sarcoma, some of which even have evidence of tertiary lymphoid structures in them. When you select for those patients, in a recent study from ASCO 21, Italiano and colleagues showed that when you did so, you were able to find a greater evidence of clinical benefit based on progression free survival for patients who you selected for the hot sarcoma biomarker versus those who were unselected.

So this perhaps represents the upper bound of benefit for PD-1 inhibitors.

I think it’s worth talking about a couple of abstracts that presented at ESMO 2021.

The first of these was a branch of the REGOBONE trial, which showed that there was no evidence of benefit for regorafenib in the treatment of chordoma patients, based on a small randomised trial. This is in comparison to osteogenic sarcoma where there was a positive signal of activity.

It seems that it’s not worth studying regorafenib further in chordoma at least.

The other important abstract that came out was the LMS04 trial, which showed evidence of benefit of using trabectedin in combination with doxorubicin compared to doxorubicin alone, specifically in patients with leiomyosarcoma.

These were very interesting data and could represent a new standard of care for treatment of leiomyosarcoma patients in first-line.

So the take home messages:

Thanks very much for listening today, you can find the slides for this talk on the sarcoma connect website.

SARCOMA CONNECT is an initiative of COR2ED, supported by an Independent Educational Grant from Bayer. 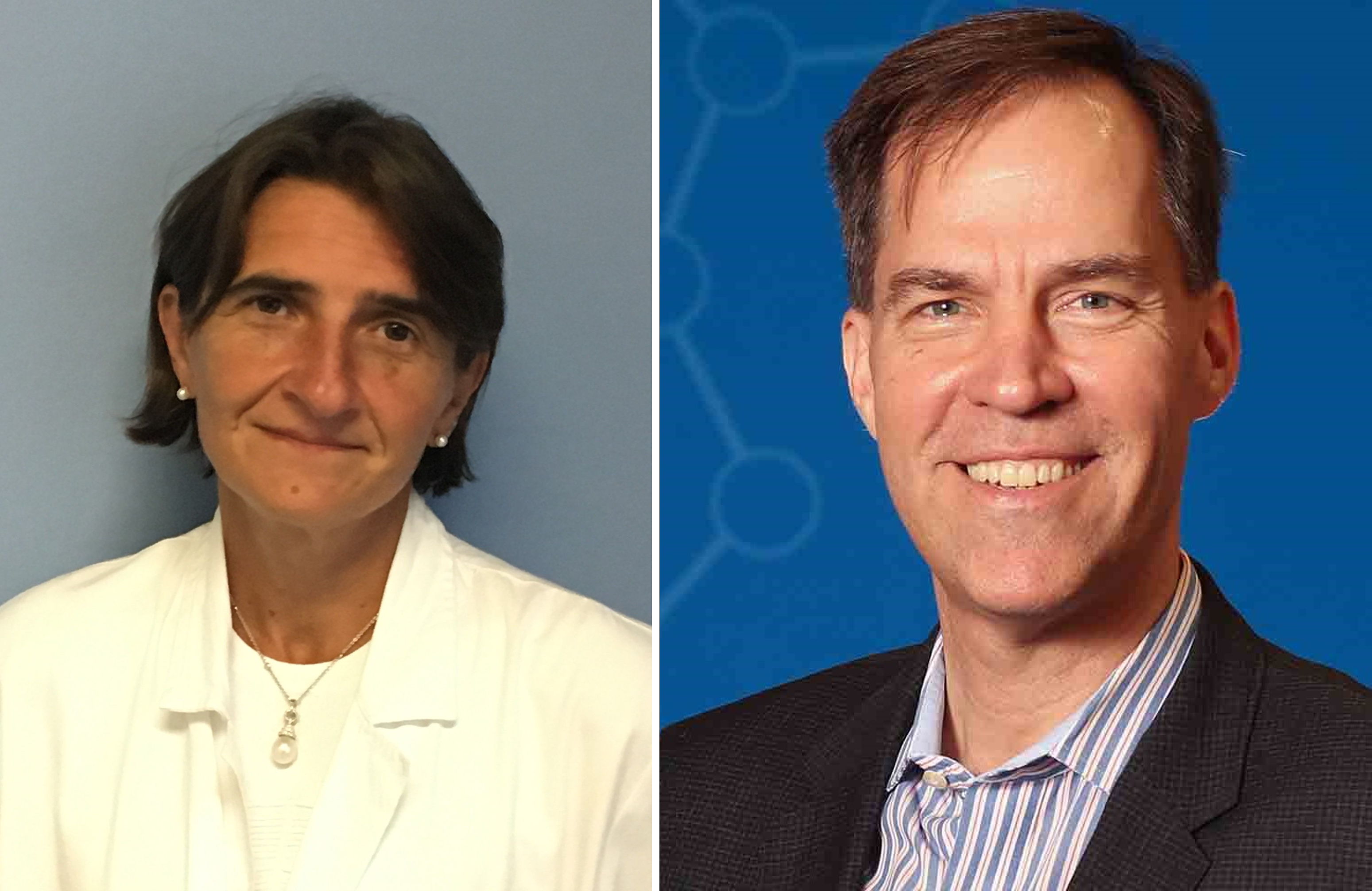